In The Haunting of Sunshine Girl, sixteen year old Sunshine Griffith moves from Austin, Texas, to Ridgemont, Washington State with her adopted mother after her mother gets a new job. They move into a haunted house and it is up to Sunshine to figure out what’s going on and save her mother, though Sunshine is unaware that something bigger is happening. She makes a friend, Nolan, along the way who helps her with research and who turns out to be far more important then she can predict. The book reminded me in some parts of the Beautiful Creatures series, though only mildly. This kind of ghost story has such potential to turn out ridiculous – this is not the case here. The story is wholly believable from start to finish. Sunshine has an honest and non-cliched teenage voice through which we experience the tale. The ending was somewhat predictable, though that did not hinder the enjoyment of the book for this reviewer. The reader, if actively reading and paying attention, can easily figure out who Sunshine’s mentor turns out to be in the very last scene, but it still just leaves the reader wanting the second book to find out what happens next. I would recommend The Haunting of Sunshine Girl for fans of RL Stine or for anyone who just likes solving mysteries, and I look forward to reading the second book, The Awakening of Sunshine Girl. 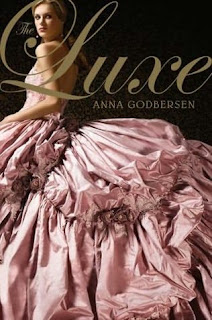 This is the story of Elizabeth Holland and the pressures she faces as a young woman in 1899 New York City. The novel reminded me very much of Edith Wharton’s stories, The Age of Innocence and The House of Mirth specifically.

Elizabeth Holland’s family has just lost their patriarch, Elizabeth’s father. As if that wasn’t enough, he has left Elizabeth, her little sister Diana and their mother with almost nothing. So it is up to Elizabeth to save her family by accepting the very rich, popular and handsome Henry Schoonmaker’s hand in marriage. Henry has his own reasons for the marriage, and it is not a marriage for love. Meanwhile, Elizabeth’s ex best friend Penelope Hayes has her eyes set on Henry for herself. But what nobody knows is that Henry is actually in love with Elizabeth’s little sister, Diana, and Diana is in love with Henry, and Elizabeth has a secret love of her own. Everything finally comes to a head when Elizabeth takes things into her own hands at the end.

I really enjoyed this novel, as I am a fan of the time period and I wanted to know what was going to happen next. I wouldn’t call this a mystery as there is nothing really to solve, but from the very beginning the reader wonders what has happened to Elizabeth (which becomes very clear by the end). The end was a bit on the predictable side, but this didn’t bother me at all, and in fact, made me wish I had already purchased book two so I could continue finding out what happens next.